Biggest Celebrities to Hook Up with Professional Athletes

In the wake of Tom Brady and Gisele Bundchen appearing ready to call it quits, we look at some of the most notable and most attractive partners sports stars have ever seen. Since Marilyn Monroe and the Yankee Clipper Joe DiMaggio, arena and stadium stars have hooked up with the biggest names in entertainment. Over 65 years later, not much has changed as merging both worlds and coupling up is just as prevalent as ever.

It only makes sense an acclaimed country music star would fall for an athlete that ended up playing in Nashville. Carrie Underwood met then-Ottawa Senators forward Mike Fisher in 2008 at one of her concerts. Fisher already had nine years in the NHL under his belt, while Underwood was three years removed from winning 2005’s American Idol.

The pair were married in July 2010 after a couple of years of dating. Fisher was traded to the Nashville Predators seven months later, where he would end his career after eight seasons in Music City. Fisher slipped a couple past the goalie as they would welcome their first child in 2015, followed by a second son in 2019. Fourteen years later and Underwood and Fisher are still going strong. 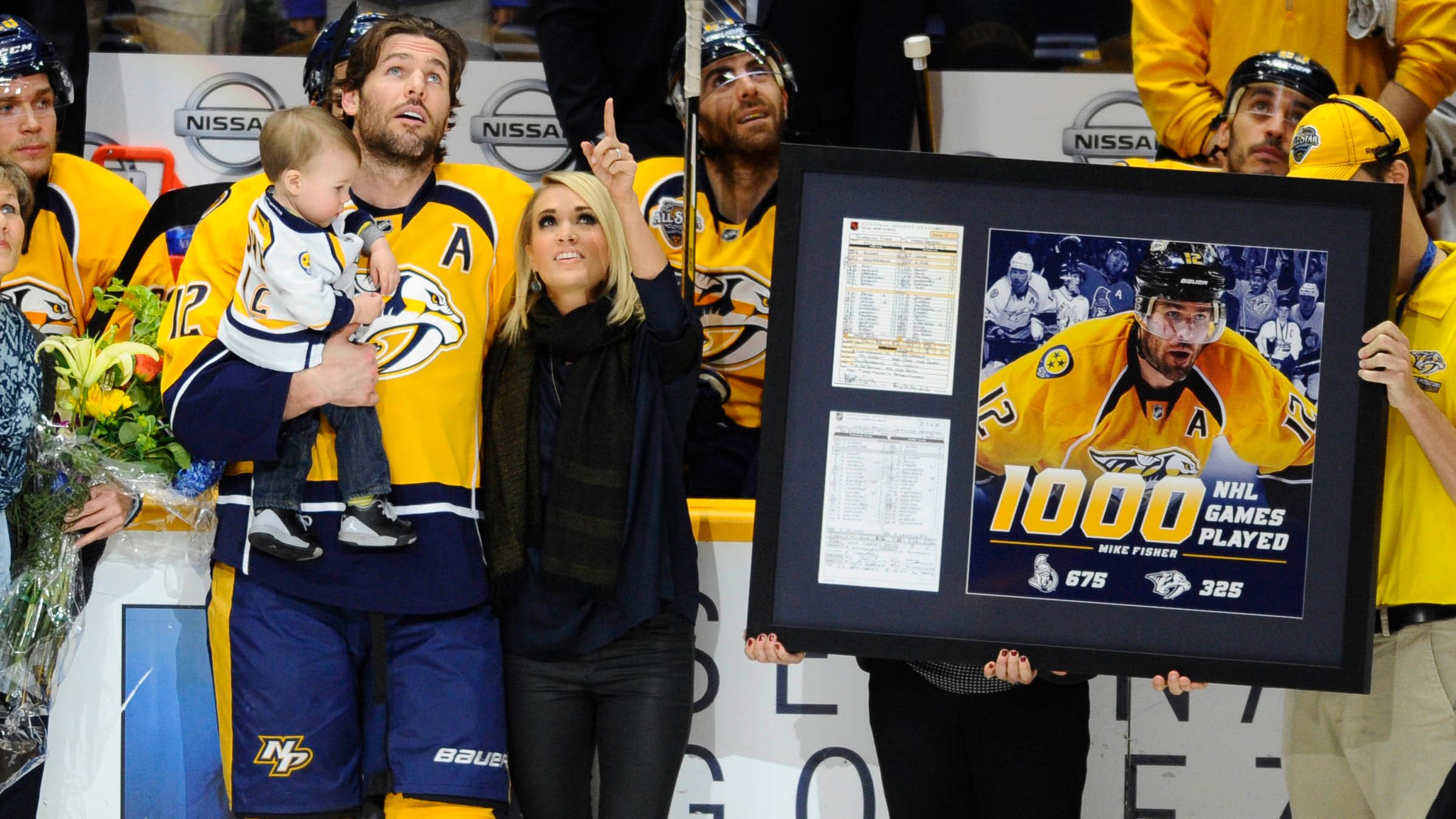 There must be something in the water or ice, as it were up in Canada. Calgary-born Elisha Cuthbert is a lifelong hockey fan, and she landed her blueliner who began with her hometown Calgary Flames. Dion Phaneuf was drafted ninth overall by the Flames in 2003. Five years later, Phaneuf hooked up with The Girl Next Door star just a year before being traded to the Toronto Maple Leafs. Controversy surrounded the relationship as former New York Ranger Sean Avery made disparaging comments as Avery had previously dated Cuthbert.

Avery’s comments did not seem to faze the couple, as they were married in July 2013. Phaneuf and Cuthbert have two children, a daughter born in 2017 and a son they welcomed this year. 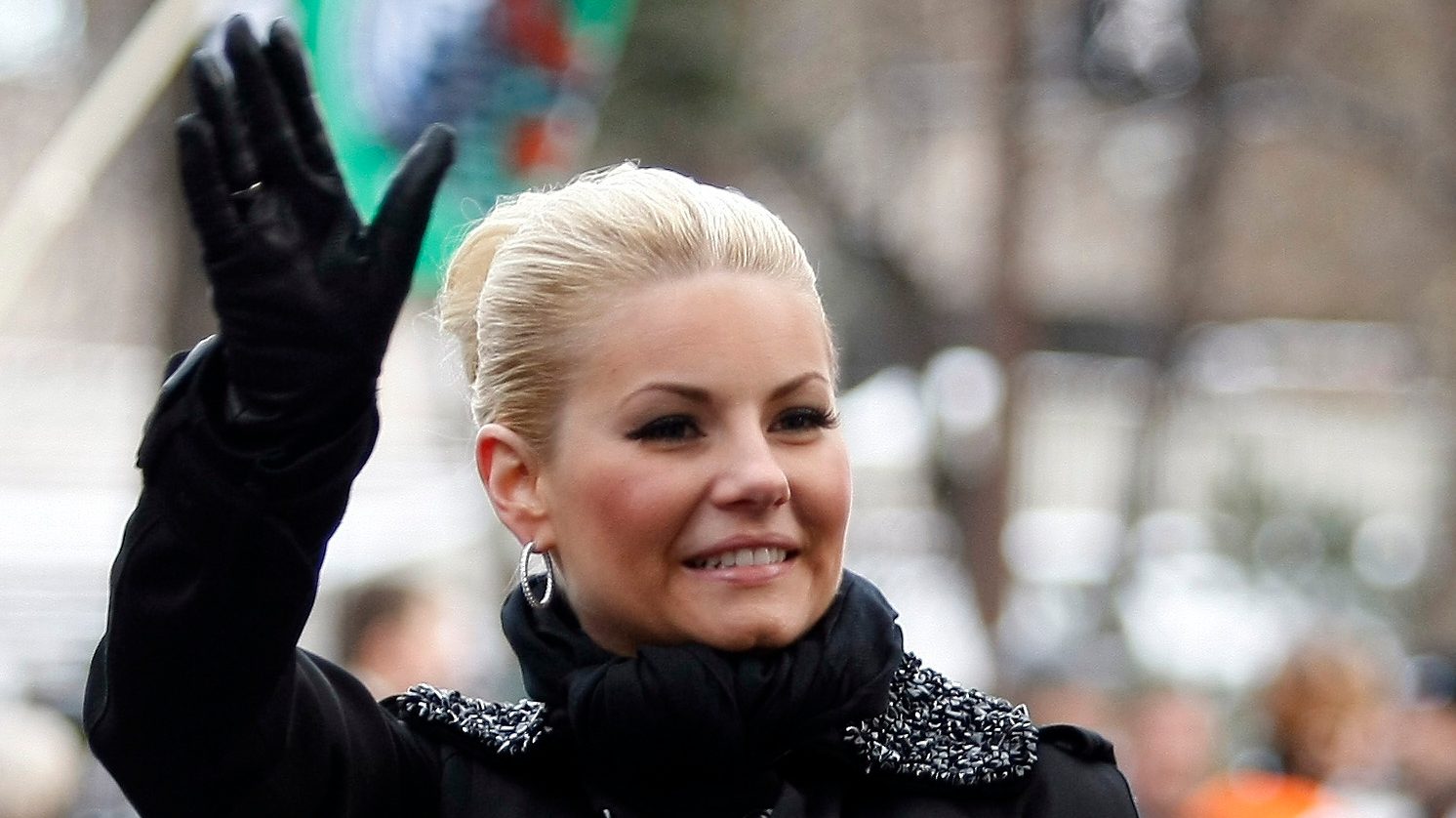 From pro hockey athletes to the greatest puck player of all time’s offspring. Like mother, like daughter, Paulina Gretzky followed mom Janet Jones’s path by landing herself an athlete. Wayne Gretzky and Jones were married in July 1998 when No. 99 was at the height of his Hollywood hockey fame with the Los Angeles Kings. Five months later, the Gretzky’s welcomed Paulina to the world.

It would take 25 years for Paulina to step into mom’s shoes when she started dating professional golfer Dustin Johnson. The Masters champ and Great One’s daughter would be together for nine years before tying the knot this year. Before getting hitched, the pair had two sons born in 2015 ad 2017. 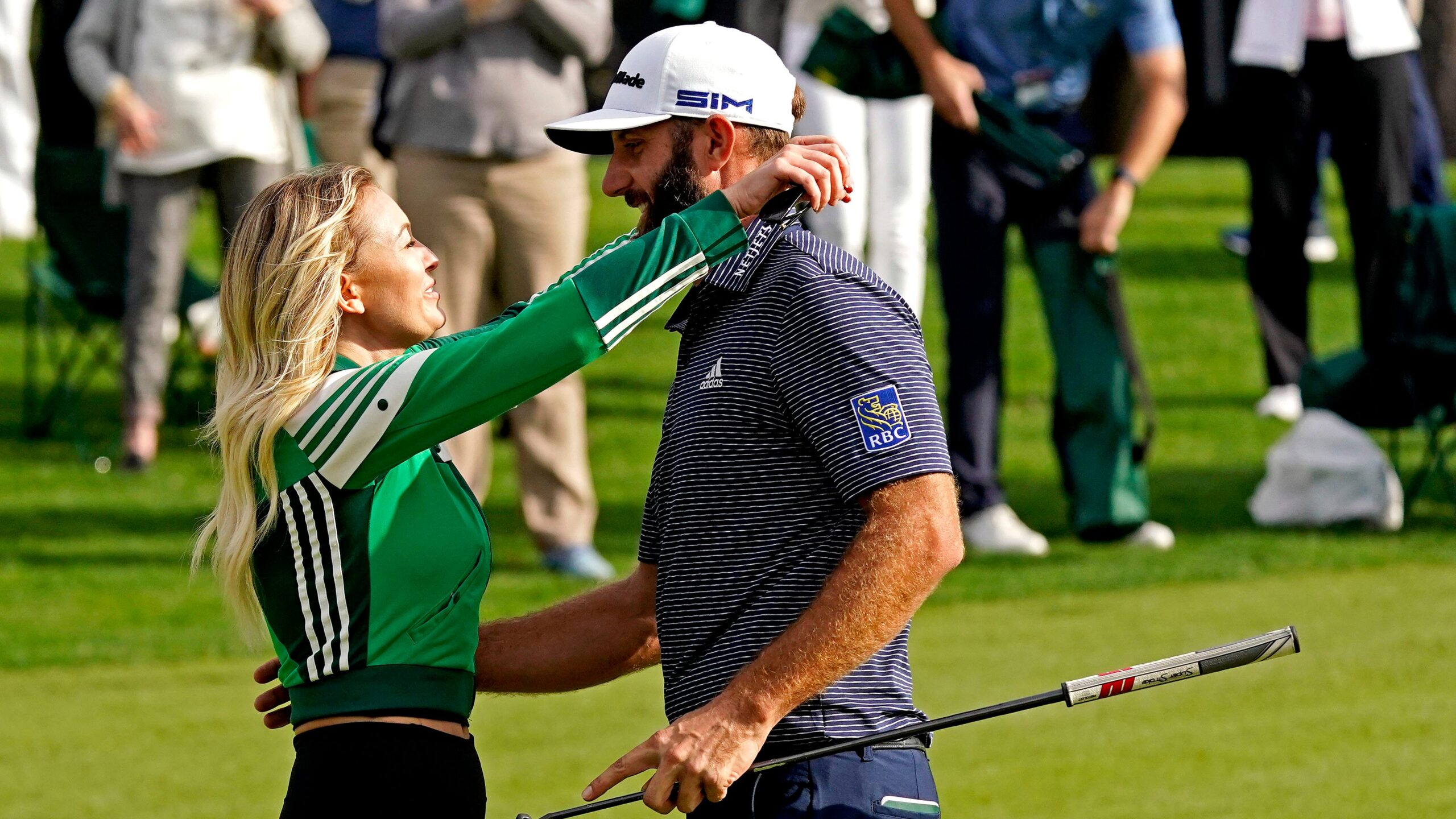 From the links to the gridiron and a couple, that may be the most equally famous pair so far on our list. Russell Wilson was drafted by the Seattle Seahawks in 2012 and became one of the most popular players in football. The Super Bowl champion and nine-time Pro Bowler met his current wife just over a year after winning said league title. It was also the same year Wilson had the top QB rating in the NFL.

Ciara was freshly coming off breaking up her engagement with Future. The Grammy award-winning singer ended things with the popular rapper in 2014 and met Wilson the following year. By 2016 the pair were engaged in March and married a few months later.

The definition of a mainstream power couple, Ciara and Russell, have done everything from meeting President Barack Obama at the White House to working on a Non-Profit together. 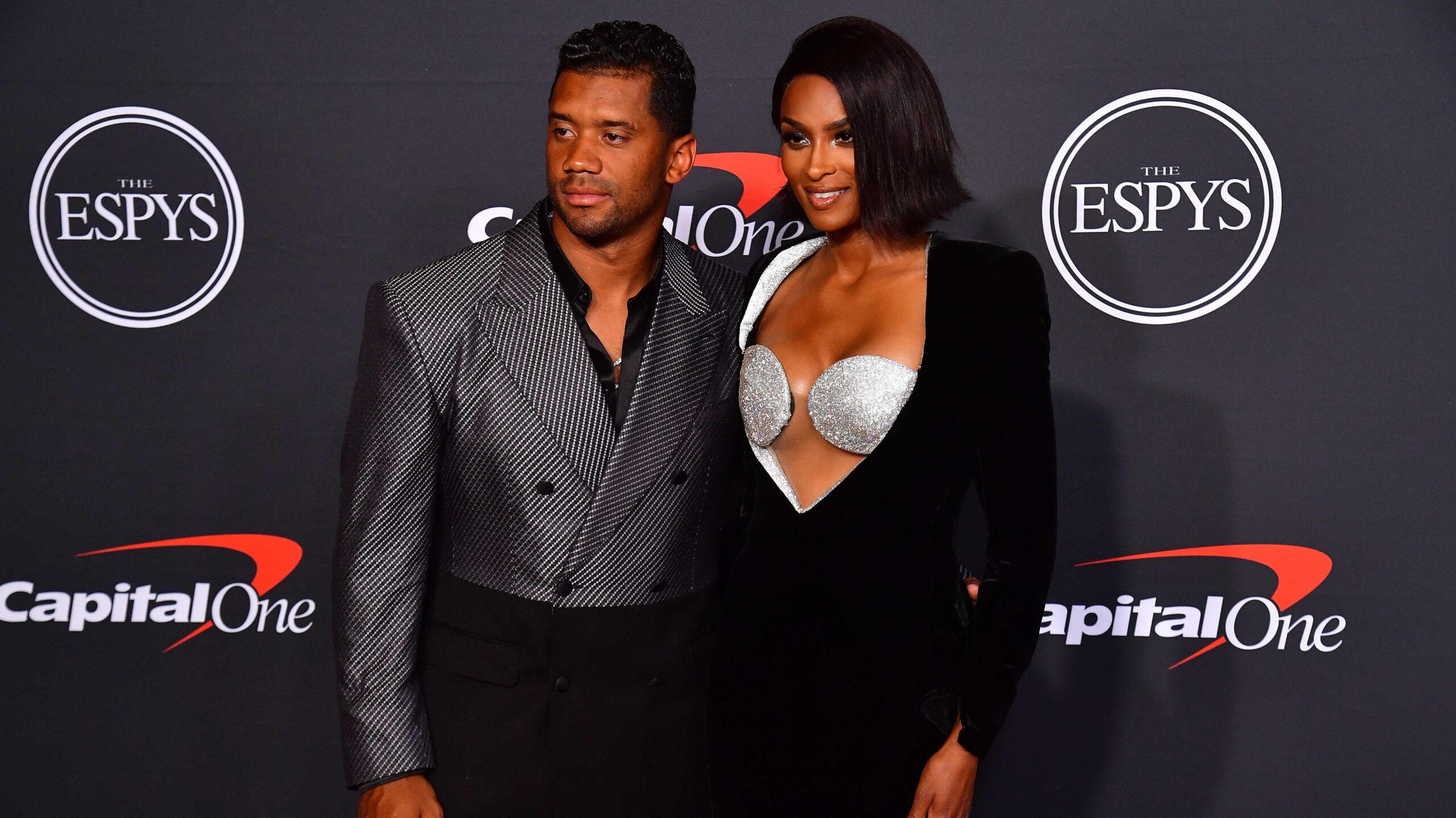 From American football to football of the European variety, the Beckhams could very well be the world’s most famous athlete-celebrity couple. They also have the longest relationship of anyone on our list.

At one point, Beckham was one of the most well-known athletes in the world in the same vein as Tiger Woods, Michael Jordan, and Tom Brady. David bent it for Manchester United and Real Madrid before bringing his soccer brand to LA when he joined the Galaxy.

Famous for being Posh Spice of the Spice Girls, Victoria gained international appeal with the group in the late 90s. Posh met Beckham in 1997 after attending a Man U match, and the pair immediately clicked. The Beckhams got hitched less than a year after meeting, and four kids later, are still going brilliantly. 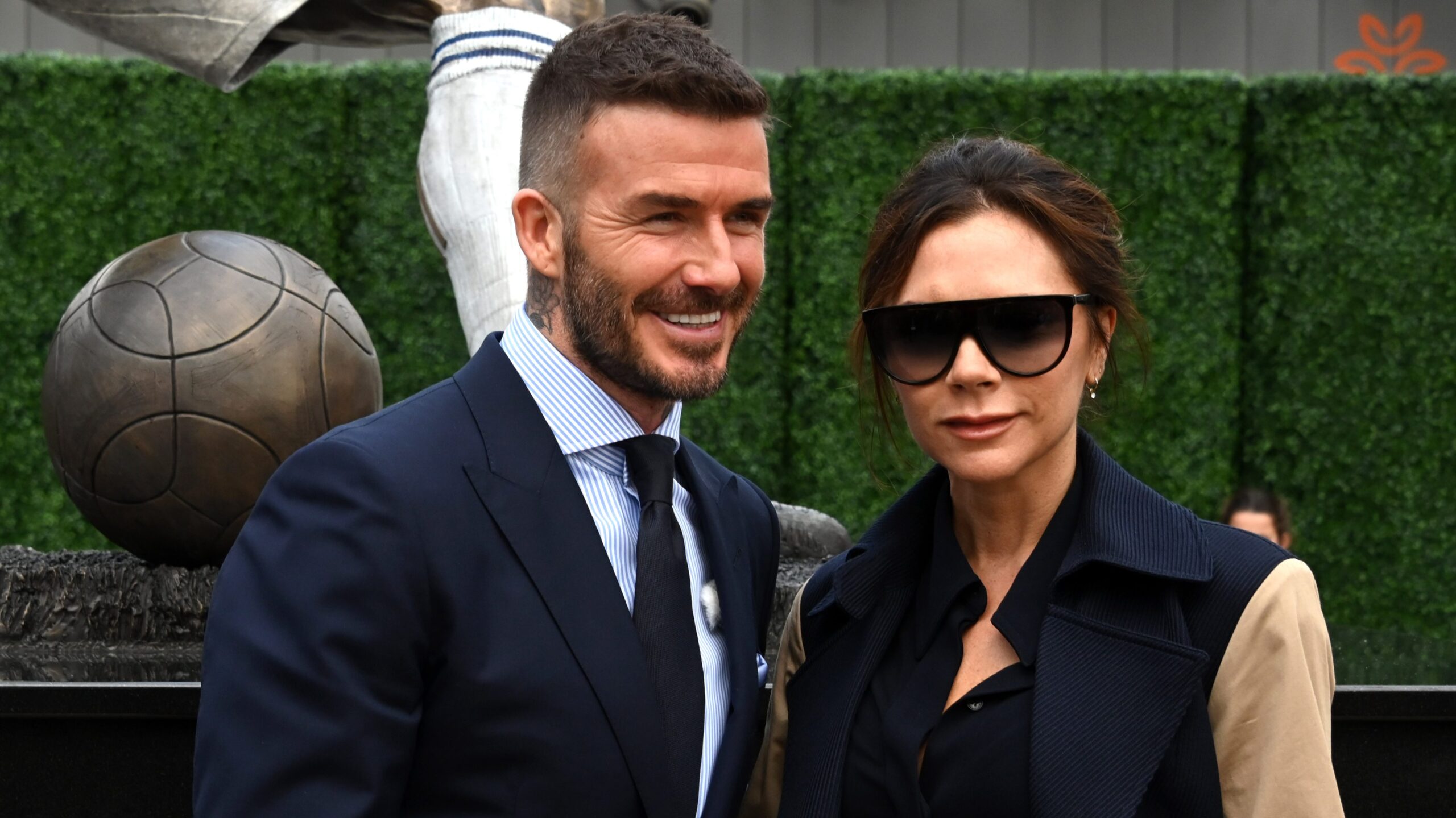 NHL 12/9 Preview: Best Bets!
Is Derek Carr An NFL QB?
What Is Going On With The Tennessee Titans?
Will RB Saquon Barkley Play Vs. Eagles?
NFL Week 14 Preview: Can The Steelers Run Vs. Ravens?

Is Derek Carr An NFL QB?

What Is Going On With The Tennessee Titans?